Unfortunately for him, his players did not manage to score a goal that would have allowed them to gain control of the game. END_OF_DOCUMENT_TOKEN_TO_BE_REPLACED 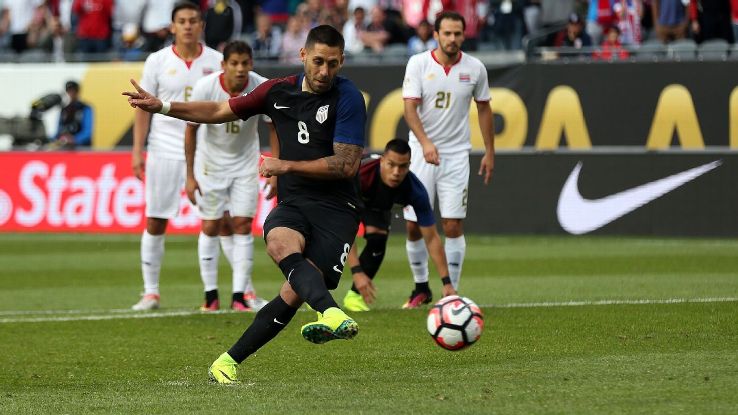 He agrees that Clint Dempsey will not be able to participate in heavy training in January, but he believes that he will be fully fit by March where the United States national team will be back into competitive matches. END_OF_DOCUMENT_TOKEN_TO_BE_REPLACED

According to a report by The Independent, there have been no such talks. The report also says that Rooney’s high wages – around £300,000-a-week – would deter clubs in the MLS from signing the player. Sources close to Rooney swear that there has not been any communication between the player, his representatives and any MLS side. There have been numerous ex-Premier League stars in the MLS like Ashley Cole, Frank Lampard, Steven Gerrard and others. END_OF_DOCUMENT_TOKEN_TO_BE_REPLACED

The run of seven games without a victory may have witnessed the team suffered only two defeats, but it also exposed their inability to hold on to an advantage. Against Columbus Crew, though, Galaxy made the game safe much earlier than expected and the goal fromJahn in injury time was merely a consolation.Husidic broken the deadlock at 78 minutes and it was a major sigh of relief for Arena. Giovanni Dos Santos then doubled the advantage of the home team to give them a lot of confidence about three points in a very long time.
END_OF_DOCUMENT_TOKEN_TO_BE_REPLACED

Sebastian Giovinco is arguably the greatest player in the history of the Major League Soccer going by his goals, titles and unmatched level of consistency over the years.

So much has been written and said about the very talented player who has been achieving so much as such top levels year in year out. Within the past month, Giovinco has scored seven goals in four games – getting two hat-tricks and a strike. Surprisingly, thesame player went eight games without scoring in May, June and July. His hiatus almost sent Toronto FC in trouble.

Despite the efforts of Greg Vanney in adding a few players to the squad this season, the team is still heavily reliant on Giovinco. The former Parma and Juventus striker is also set to be in action when the squad takes a trip to Texas to play Houston Dynamo. Toronto FC have won their last four encounters playing at BMO Field. After the Dynamo game, they play Philadelphia Union at PPL Park before a trip to Florida to face Orlando. All through the journey, the team would be depending still on the 29-year old Italian.
END_OF_DOCUMENT_TOKEN_TO_BE_REPLACED