The Major League Soccer that was once recoiled from by the entire international football group is now back after years of struggle to securing respect. They have done this with the help of fresh stadium projects that are providing it with popularity at a steady pace.

MLS was established in 1996 and had a rocky start ever since. Back then the League faced problems of mismanagement and consequently lost all their investors and money. At that time, the North American arena of sports was majorly dominated by supporters of American football, baseball and, basketball. However, the MSL has emerged after all struggles and has reached its first ever record of an average of more than 22,000 fans as an audience for each game last season.
END_OF_DOCUMENT_TOKEN_TO_BE_REPLACED

Frank de Boer witnessed Atlanta United continue the winless start to the season after a 1-1 draw against Philadelphia Union during the weekend. This was yet another disappointing result for a team that was expected to struggle just a few months after winning the MLS Cup. This is down to the departure of Gerardo Martino, who has been an influential manager in the MLS since Atlanta came in as the new franchise a couple of years ago. Atlanta started the campaign with a 2-0 away defeat against DC United. This was followed by more setbacks in the CONCACAF Champions League with the team losing against Monterrey with the 3-1 aggregate score.

The home matches against Cincinnati and Philadelphia Union were seen as a major help for the team to get the first victory out of the way. Yet, this has not been the case with Atlanta drawing both matches 1-1. Josef Martinez provided the lead against Cincinnati before Atlanta conceded late on in the match. The game against Philadelphia witnessed the visitors taking the lead through Brenden Aaronson just after half-time before Ezequiel Barco was able to equalise a few minutes later. Atlanta may have kept more than 60% of the ball but they ended up having only one shot on target in this match.
END_OF_DOCUMENT_TOKEN_TO_BE_REPLACED 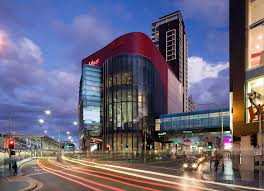 United, as well as Wanderers, bring back the memory of the expansion. If it is done in the right manner then it will help in boosting the nascent football leagues, especially in all conventionally non-football countries. Atlanta is known to have about 50,000 fans in the year 2018. In each of the cases, the condition has just been right.
END_OF_DOCUMENT_TOKEN_TO_BE_REPLACED

David Beckham had hoped to build a new stadium for his franchise of Inter Miami in Major League Soccer. There were around 60 percent of the voters in the city who chose to let the club bargain so as to form a 73-acre site. Currently, it is a golf course which is owned by the council. The complex will house a public park, shopping mall, stadium, and a hotel. The group owned by Beckham has to obtain the support of 4 of the city’s 5 commissioners. The former England captain thanked the fans that stood by him. It was indeed a great day as Beckham always had a dream to bring in a team to the greatest city.

Beckham and his team wish to form a legacy as that’s something that kids will look up to. At the same time, Beckham also said that they want to win and not just to leave a great team there. Beckham said achieving championships is of utmost importance to him. Inter Miami is all set to make their first appearance in MLS in 2020 post getting an expansion contact in the month of January.
END_OF_DOCUMENT_TOKEN_TO_BE_REPLACED

The 2015 season of the Major League Soccer will kick-off on March 6 and teams are getting ready for long road that awaits them with certain clubs having to deal with the departure of influential players which is the case of LA Galaxy as the squad now has to find a way to replace Donovan who announced his retirement at the end of the 2014 MLS season.

Even with the departure of Landon Donovan, LA Galaxy are still considered to be one of the top contenders on winning the upcoming season as Steven Gerrard will be arriving on July as reinforcement and the coach Bruce Arena has at his disposal Robbie Keane and GyasiZardes in the attacking department of the squad.

The Seattle Sounders is another challenger as a team that is capable of winning major trophies with the arrival of the English defender Tyrone Mears expected to fill in the gap that was left by DeAndreaYedlin who was signed by Tottenham Hotspur on a 4 year long deal. END_OF_DOCUMENT_TOKEN_TO_BE_REPLACED